Many of the recent entries in this journal have been friends-locked (that is, if you're not someone that I have "friended" on live-journal, you won't be able to see them). if you want me to "friend" you, you need to: (1) have a live-journal account, and (2) leave me a comment, below, explaining how we know each other.

I know that I've been absent for quite some time; I've been working (both as an engineer and as a budding novelist). And with my co-author, I'm getting there -- our first novel is coming out "shortly", and our second novel has been accepted for publication. Cover and back page follow: 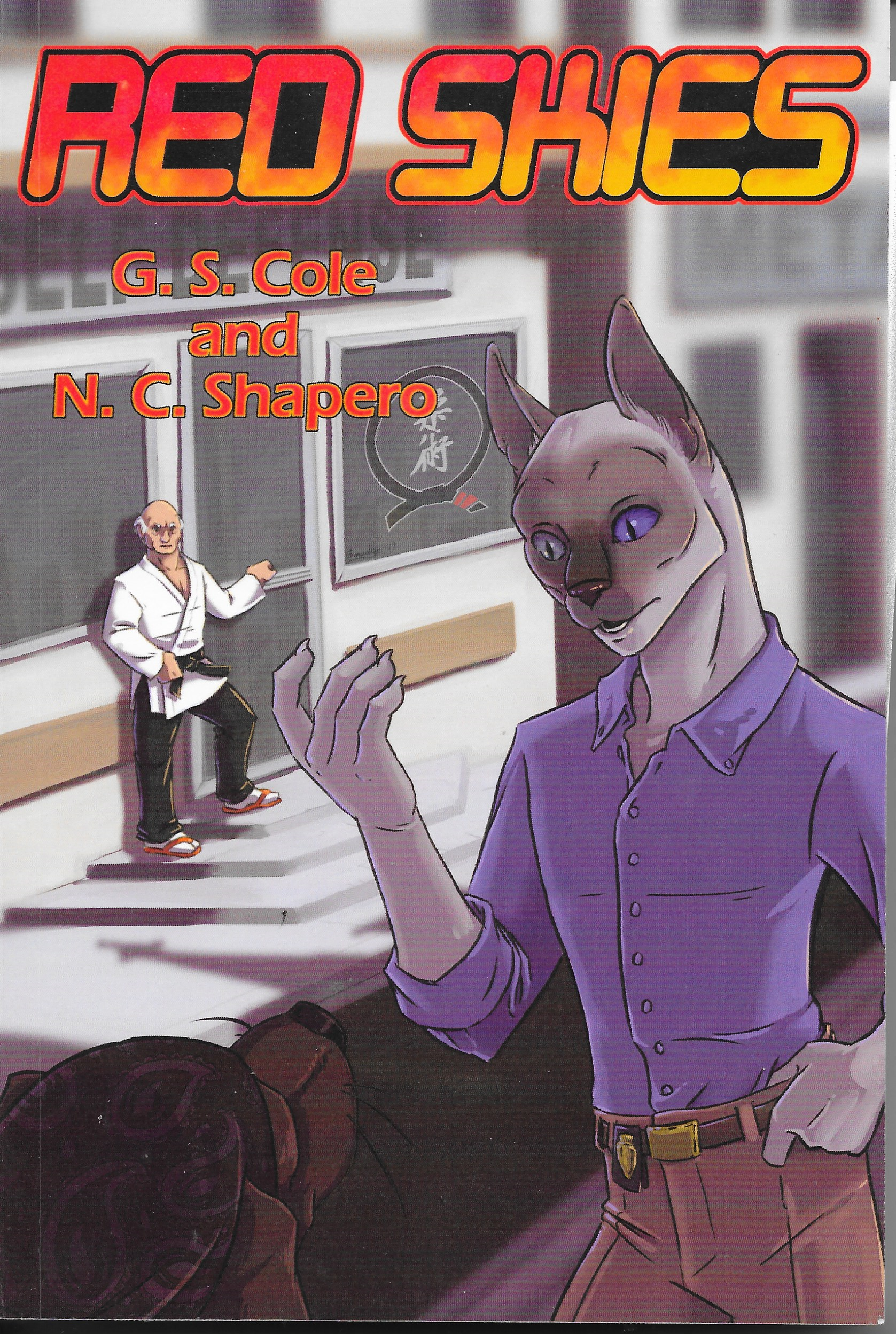 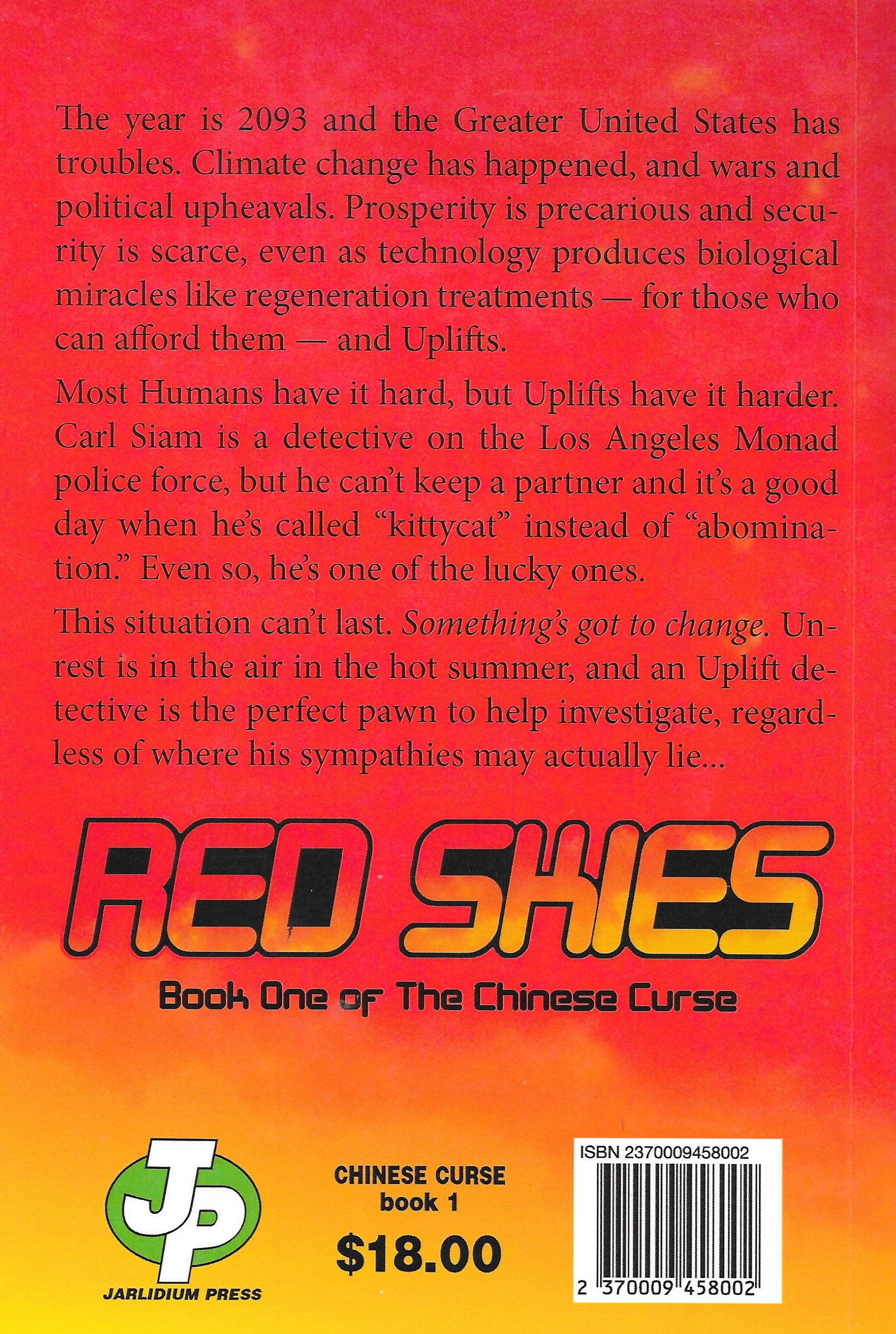 The workers are between a third and a half done. The upstairs bathroom is currently unusable, and the downstairs bathroom is only partially usable (the toilet works, thank heavens). They haven't been bad - though one of them managed to trip the circuit breakers by not paying careful attention to the loads they had already put on the electrical system. But it is a terrible pain in the posterior, and trying to get work done at the same time is almost impossible.

Meanwhile, I have been reduced to sponge baths for some five days, and I am getting ROYALLY sick of it. With luck, the shower should be available again Real Soon Now...

I got a call from someone claiming to be from Microsoft, stating that my Windows machine had downloaded malicious software and had been switched to an alternate “universal router”. In proof of there Microsoft credentials, they asked me to type “assoc” in a command window and they said they could read out my “unique identifier” on the third line from the bottom:

This line, however, simply gives the a file association item – and the value is common across all Windows systems. The caller claimed that knowing what this number was, indicated that he knew what my system was. When I asked for the IP address or MAC address associated with my system, he did not know what I was talking about (the MAC address is going to be associated with my network card, and is unique). This is a SCAM. Links to the scam notices follow:

Don’t get caught. This scam is still actively being carried out.

It has been an interesting nine months on the beach, but my ship appears to have finally come in; my papers are all signed, and the voyage begins anew. We shall see what develops.

One of my favorite places in Santa Monica (THE TUDOR HOUSE) is closing at the end of this month (June 2012). It's always been a nice place to have a spot of tea, and one of their delicious meat pies (I've always been particularly fond of their steak & kidney pies). But the recession has had another victim - people cut back on restaurant outings, and THE TUDOR HOUSE has just not been able to make its nut. So at the end of this month, they're going to shut their doors for good.

I will miss them.

John Scalzi, in his WHATEVER blog, recently had an entry entitled "Straight White Male: The Lowest Difficulty Setting There Is". It was a well thought out, clearly written piece, and it used an analogy that I thought was wonderful (even if not perfect). Unfortunately, many readers seemed to be from clue-free environments, and did NOT get the point. I have included a link here, so that others may go directly to the source and read it.

Scalzi is a professional writer, with several published science fiction novels to his credit, including (but not limited to) the following:

My laptop died the final death this morning. The display wouldn't come up (even showing boot display) and when I tried it with a second monitor the result was the same. It was an older machine, but it was serviced by Dell just a couple of months ago. Of course, they damaged the bezel in the process, and did not make good on their promise to repair/replace the damaged bezel.

I've had my fill of DELL "repair" as of now - they've lost me as a customer henceforth. I'll write off the ~$800 I spent having the laptop "repaired" (for all the six weeks or so that it gave me of service). I'll go back to HP products. Maybe I can get a LITTLE bit better service from HP.

In the meantime, if I need a laptop, I'll switch back to my ancient Canon 386 system (which runs Windows 95, and which I bought some 17 years ago - and which still runs, thank you).

Ok, how many out there who are in to face-to-face paper and pencil role playing games (D&D, RuneQuest, GURPS, etc.) live in the Southern California area? (In particular, the greater Los Angeles area - including Orange County).

I've been pretty starved for games for some time (I run games, but haven't found enough local gamers ready to RUN games that I can run a character in). So, who is out there within a reasonable distance of West Los Angeles who is running a campaign of some sort?